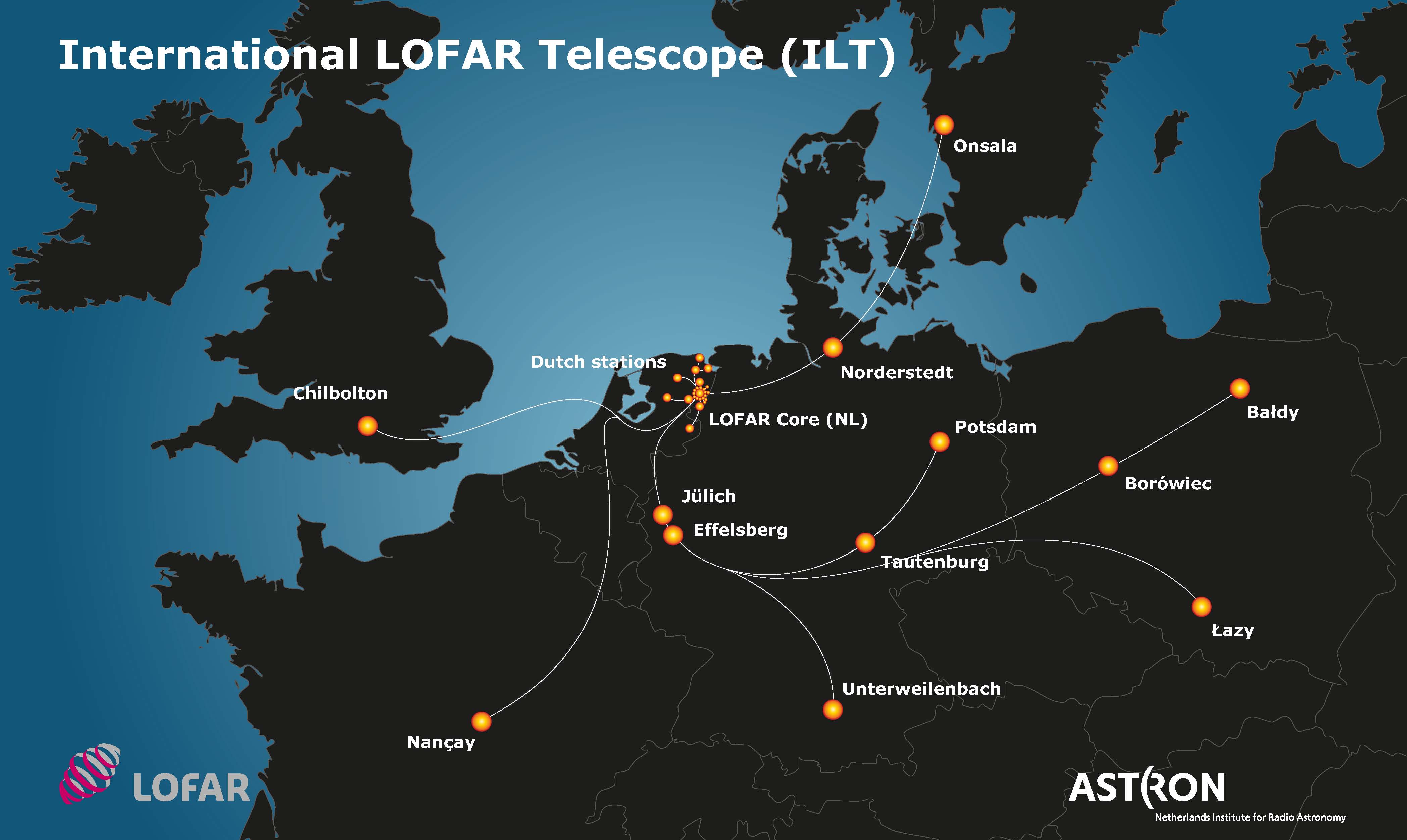 Construction of fifty wind turbines, with a hight of more than 200 meters, in the peat area of the Dutch region of Drenthe threaten to damage the LOFAR radio telescope of the Astron which consists of 20,000 small antennas. The antenna field of Lofar in and around Exloo will be disturbed by the wind farm. That means that 53 station cluster stations spread throughout Europe, will be barely usable. That says director Marco de Vos of Astron, the astronomical institute in Dwingeloo.

LOFAR is a unique ICT project was born from the ambition of Dutch astronomers to observe the beginning of our universe. LOFAR stands for Low Frequency Array” and is a radio telescope that is a hundred times more sensitive than normal radio telescopes. The small antennas are distributed over an area with a diameter of 100 kilometers in the Netherlands and coupled to a supercomputer via an extensive fiber-optic network. In addition, stations with antennas built in Germany, Great Britain, Ireland (construction / contract), Poland, France and Sweden and connected to the Dutch network. That would achieve LOFAR to have a 15x  higher picture sharpness.

Negative effect of turbines is a fact

Lofar fears the arrival of the wind farm and is now losing out some assignments and would not be able to do private space research any more. The organization has  feared a long time that wind turbines placed in Drenthe causes trouble, but this could not be ascertained until recently. Astrons own research into the impact of wind turbines on a field antenna in Roodeschool now confirmed the fears. Once vanes of the windmills rise above the horizon, there is a negative echo effect according to  the organization.

Millions of Euros  down the drain

Director de Vos has already sent his findings to the minister in charge Henk Kamp, but minister Kamp, who is also in charge of energy wants to stick to the windmill plans in the Drenthe peat area. Kamp recognizes that the wind turbines will cause interference, but that such a thing can not be prevented in a small country like the Netherlands. Kamp will try to bring the disturbance to a minimum. The LOFAR project has cost 100 million euros and was largely raised by means of subsidies, the Dutch government and the concerned industry.

The citizens in the Drenthe peat area are opposed to the wind farm, they rather see wide area’s of solar panels. The action group against the placing of the Wind turbines has written a letter to Lofar / Astron partners worldwide to inform them bout the impending deployment of mega wind turbines that might well mean the end of the LOFAR Telescope. Below the letter that has been send. This letter was also sent to our Dutch parliamentarians.